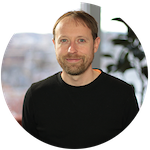 It was Malcolm Gladwell in his book Outliers who popularized the idea that you need 10,000 hours to master something.  Gladwell calls it the "magic number of greatness".  It's based mostly on the research of Anders Ericsson in his paper The Role of Deliberate Practice in the Acquisition of Expert Performance.  And while the actual number of hours to achieve "expert performance" or even "greatness" is certainly up for debate, I think we can all agree that practice makes better.  Let's also for the purpose of this conversation ignore the definition of "expert performance".  We don't get a batting average as managers.  There is no time trial.  So for now, when we say "achieve greatness" just think improve or get better.

Let's talk a bit about management.  In software engineering specifically - which is really the only position I can speak from - most managers wear multiple hats.  Many engineering managers play the old "player coach" mode.  They're expected to participate as an individual contributor on projects but also manage and lead a group of others.  Even in scenarios where engineering managers aren't writing code, they're often playing the role of product manager or recruiter or a a million other roles.  We could argue the merits of this approach but it's certainly the status quo in many orgs.  We're all doing our best.  We're trying to be great individual contributors.  We're trying to lead, guide, mentor, coach, support others.  Some weeks we do really well at job #1 and less well at job #2.  Some weeks it goes the other way.

Let's talk a bit about time.  You're spending time right now.  It's unbelievably humbling to me personally that you're spending this strange invisible currency we call time right here, right now.  But make no mistake.  That's exactly what time is - a highly valuable invisible currency you spend in 1 second, 1 minute, 1 hour increments over and over again.  And what is it that you're buying with this currency?  In your career you should be exchanging this currency for knowledge and experience that you can then take into more experiences to gain more knowledge and more experience and on and on.  In finance this is what they call compounding interest.

Realistically - if we agree that it takes about 5,000 hours to be good at something.  I might never achieve it.  And even if I do, I'd still have a ways to go to be "great".

Let's take a "typical" team-lead/manager type that is a "player coach".   This person likely spends about ~10 hours a week doing "management activities" - the actual coaching, mentoring, and sponsoring of teammates.  This is not time managing a project or interviewing candidates - this is time spent managing.  Of course we'll account for busy and slow weeks so let's say ~12 hours of a typical 40 hour week.  At this rate - 12 hours per week - it would take 416.67 weeks to get to 5,000 hours.  That's 8+ years.  Can you name a person who has been doing this role for 8+ years?  Surely they exist.  But at least in tech, the odds of a person being in the same organization for 8+ years is pretty low - not to mention the same role, managing a similar team towards similar goals.  It's not a zero sum - they do exist.  But let's remember - that's to get half way, 5,000 hours towards Gladwell's "magic number".

On these numbers, I'll probably never master this managing thing.  In fact by the numbers above I might never even get halfway to mastering it.  And - here's the hard part - you likely won't master it either.

Given that - here's my advice, which of course isn't worth much - don't pretend you know everything.  We've already proven that true mastery likely isn't possible.

In my experience the biggest mistake leaders make is trying to convince the people they lead that they know more than they do.  Some leaders feel this need to create an intellectual inequity (ha ha! I know something you don't!)  where truly none exists nor need exist.  Ask questions.  Learn from your peers.  Learn from people "below" you in the organization.  Every manager probably does at least one thing really really well.  Find managers in your org or outside your org.  Talk to them.  Learn from them.  But mostly, above all, admit and acknowledge that you're learning.  You've not achieved mastery.

In the beginning just admit it to yourself.